(March 5, 2018) Austin, TX – Case Closed Software® announced today that one of the largest constitutional tax collectors in the state of Florida has selected Case Closed Cloud™ as its next-generation investigative case management platform.

The county office serves approximately 1.5M residents,  and is involved in the collection of taxes and the investigation of all related criminal cases. Through Case Closed Cloud, the agency will easily manage files and documents associated with individual cases and specific case actions.
The agency acts an independent agency to be free from influence by local or state agencies that have the power to levy taxes, and serves the county as its agent for the administration of varying taxes.
“A unique feature of Case Closed Cloud is the ability for agencies to use their own forms in conjunction with the software”, said Douglas Wood, president of Case Closed Software. “The tax collector’s office will have full access to all of the materials they need, wherever they need them, through our cloud-based case management software”.

Case Closed Cloud is an innovative new Software-as-a-Service (SaaS) investigation management platform from Crime Tech Solutions, LLC – a leading provider of software to law enforcement, state agencies, and other investigative agencies.
“Case Close Cloud is an innovative new offering, and is already disrupting the case management industry”, said Douglas Wood, the company’s founder and chief executive. “This new customer chose us specifically for our unparalleled feature set, and because they can literally start using the system immediately without any internal IT headaches.”
Case Closed Software offers its software in both ‘on-premise’ and ‘cloud-based’ deployments, meaning that customers can quickly deploy the functionality in the manner that best suits their business requirements.

Re-posted by Crime Tech Solutions – Your Source for Investigation Software
It’s “precrime” meets “thoughtcrime.” China is using its substantial surveillance apparatus as the basis for a “unified information environment” that will allow authorities to profile individual citizens based upon their online behaviors, financial transactions, where they go, and who they see. The authorities are watching for deviations from the norm that might indicate someone is involved in suspicious activity. And they’re doing it with a hand from technology pioneered in the US. 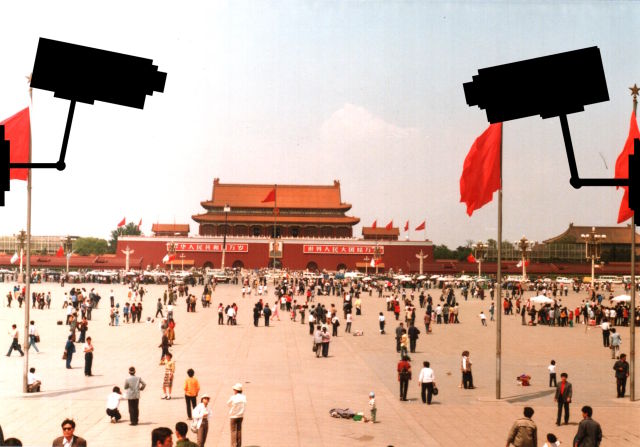 As Defense One’s Patrick Tucker reports, the Chinese government is leveraging “predictive policing” capabilities that have been used by US law enforcement, and it has funded research into machine learning and other artificial intelligence technologies to identify human faces in surveillance video. The Chinese government has also used this technology to create a “Situation-Aware Public Security Evaluation (SAPE) platform” that predicts “security events” based on surveillance data, which includes anything from actual terrorist attacks to large gatherings of people.
The Chinese government has plenty of data to feed into such systems. China invested heavily in building its surveillance capabilities in major cities over the past five years, with spending on “domestic security and stability” surpassing China’s defense budget—and turning the country into the biggest market for security technology. And in December, China’s government gained a new tool in surveillance: anti-terrorism laws giving the government even more surveillance powers and requiring any technology companies doing business in China to provide assistance in that surveillance.
The law states that companies “shall provide technical interfaces, decryption and other technical support and assistance to public security and state security agencies when they are following the law to avert and investigate terrorist activities”—in other words, the sort of “golden key” that FBI Director James Comey has lobbied for in the US. For obvious reasons, the Chinese government is particularly interested in the outcome of the current legal confrontation between the FBI and Apple over the iPhone used by Syed Farook.
Bloomberg reports that China is harnessing all that data in an effort to perform behavioral prediction at an individual level—tasking the state-owned defense contractor China Electronics Technology Group to develop software that can sift through the online activities, financial transactions, work data, and other behavioral data of citizens to predict which will perform “terrorist” acts. The system could watch for unexpected transfers of money, calls overseas by individuals with no relatives outside the country, and other trigger events that might indicate they were plotting an illegal action. China’s definition of “terrorism” is more expansive than that of many countries.
At a news conference in December, China Electronics Technology Group Chief Engineer Wu Manqing told reporters, “We don’t call it a big data platform, but a united information environment… It’s very crucial to examine the cause after an act of terror, but what is more important is to predict the upcoming activities.”
__
(NOTE: Crime Tech Solutions is an Austin, TX based provider of crime and fraud analytics software for commercial and law enforcement groups. We proudly support the Association of Certified Fraud Examiners (ACFE), International Association of Chiefs of Police (IACP), Association of Law Enforcement Intelligence Units (LEIU) and International Association of Crime Analysts (IACA). Our offerings include sophisticated link analysis software, comprehensive crime analytics with mapping and predictive policing, and criminal intelligence database management systems.)

Posted by Tyler Wood, Operations Manager at Crime Tech Solutions
Although no fraud prevention measures are ever 100% foolproof, significant progress can be achieved by looking beyond the individual data points to the relationships between them. This is the science of link analysis.
Looking at data relationships isn’t straightforward and doesn’t necessarily mean gathering new or more data. The key to battling financial crimes it is to look at the existing data in a new way – namely, in a way that makes underlying connections and patterns using powerful but proven tools such as the Sentinel Visualizer software offered by Crime Tech Solutions.
Unlike most other ways of looking at data, link analysis charts are designed to exploit relationships in data. That means they can uncover patterns difficult to detect using traditional representations such as tables.
Now, we all know that there are various types of fraud – first-party, insurance, and e-commerce fraud, for instance. What they all have in common is the layers of dishonesty to hide the crime. In each of these types of fraud, link analysis from Crime Tech Solutions offers a significant opportunity to augment existing methods of fraud detection, making evasion substantially more difficult.
Let’s take a look at first-party fraud. This type of fraud involves criminals who apply for loans or credit cards but who have no intention of ever paying the money back. It’s a serious problem for banks, who lose tens of billions of dollars every year to this form of fraud. It’s hard to detect and the fraudsters are good at impersonating good customers until the moment they do their ‘Bust-Out,’ i.e. cleaning out all their accounts and disappearing.
Another factor is the nature of the relationships between the participants in the fraud ring. While these characteristics make these schemes very damaging, it also renders them especially vulnerable to link analysis methods of fraud detection.
That’s because a first-party fraud ring involves a group of people sharing a subset of legitimate contact information and bogus information, and then combining them to create a number of synthetic identities. With these fake identities, fraudsters open new accounts for new forms of loans.
The fraudsters’ accounts are used in a normal manner with regular purchases and timely payments so that the banks gain confidence and slowly increase credit over time. Then, one day… Poof! The credit cards are maxed out and everyone has disappeared. The fraudsters are long gone and ready to hit the next bank down the road.
Gartner Group believes in a layered model for fraud prevention that starts with simple discrete methods but progresses to more elaborate types of analysis. The final layer, Layer 5, is called  “Entity Link Analysis” and is designed to leverage connections in data in order to detect organized fraud.
In other words, Gartner believes that running appropriate entity link analysis queries can help organizations identify probable fraud rings during or even before the fraud occurs. 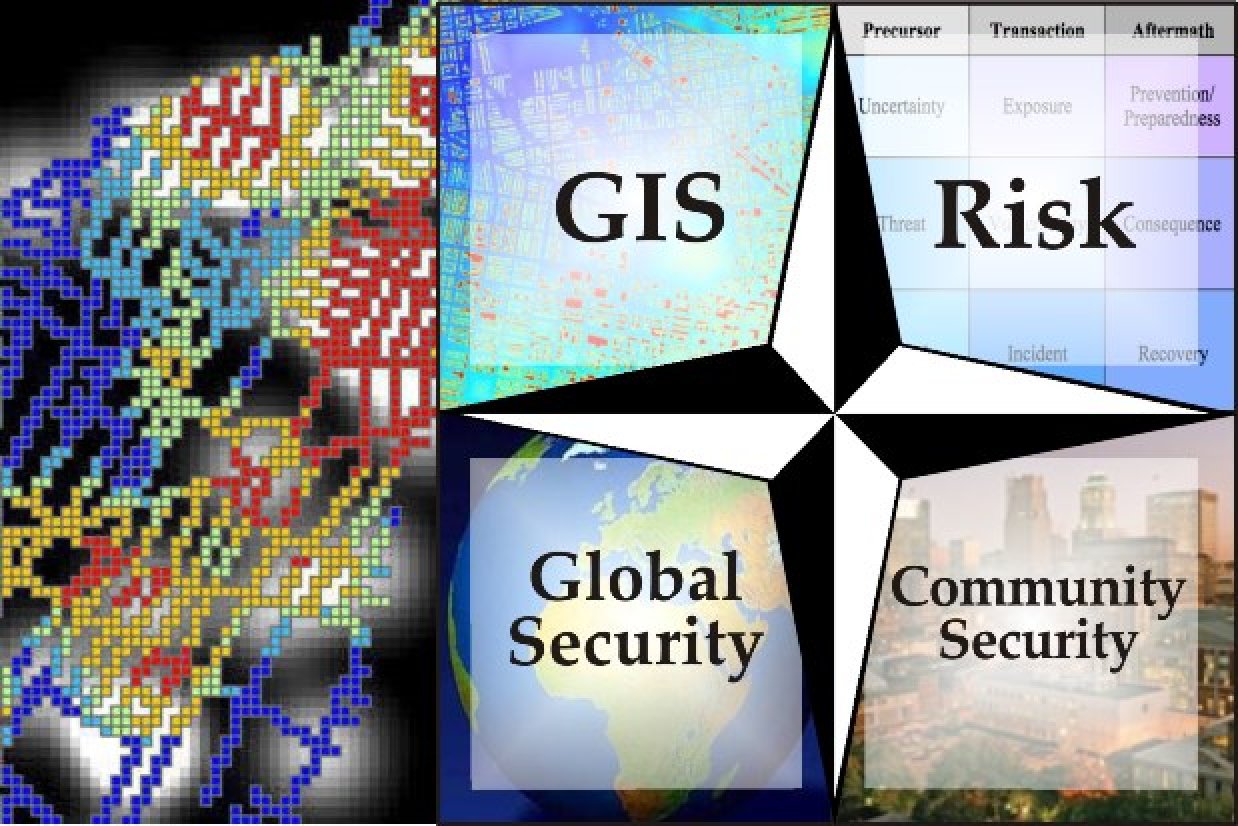