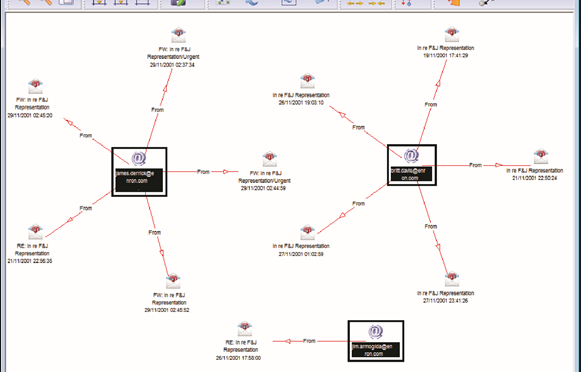 “Shirley, Shirley bo Birley. Bonana fanna fo Firley. Fee fy mo Mirley. Shirley!” No, not THAT name game. (Admit it… you used to love singing the “Chuck” version, though.)
The name game I’m referring to is slightly more sinister, and relates to the criminal intent to deceive others for gain by slightly misrepresenting attributes in order to circumvent fraud detection techniques. Pretty much anywhere money, goods, or services are dispensed, folks play the name game.
Utilities, Insurance, Medicaid, retail, FEMA. You name it.
Several years ago, I helped a large online insurance provider determine the extent to which they were offering insurance policies to corporations and individuals with whom they specifically did not want to do business. Here’s what the insurer knew:

In order to circumvent the fraud prevention techniques, of course, the unscrupulous types figured out how to mislead the insurer just enough so that the policy was approved. Once approved, the car would immediately be stolen. The house would immediately burn down, etc.
The most common way by which the fraudsters misled the insurers was a combination of The Name Game and modifying answers until the screening system was fooled. Through a combination of investigative case management and link analysis software, I went back and looked at several months of historical data and found some amazing techniques used by the criminals. Specifically, I found one customer who made 19 separate online applications – each time changing just one attribute or answer slightly – until the policy was issued. Within a week of the policy issue, a claim was made. You can use your imagination to determine if it was a legitimate claim. 😀
This customer, Charlie Cheat (obviously not his real name), first used his real name, address, telephone number, and date of birth… and answered all of the screening questions honestly. Because he did not meet the criteria AND appeared on an internal watch list for having suspicious previous claims, his application was automatically denied. Then he had his wife, Cheri Cheat, complete the application in hopes that the system would see a different name and approve the policy. Thirdly, he modified his name to Charlie Cheat, Chuck E. Cheat, and so on. Still no go. His address went from 123 Fifth Street to 123-A 5th Street. You get the picture.
Then he began to modify answers to the screening questions. All of a sudden, he DID live within a mile of a fire station… and his house was NOT made of matchsticks… and was NOT located next door to a fireworks factory. After almost two dozen attempts, he was finally issued the policy under a slightly revised name, a tweak in his address, and some less-than-truthful answers on the screening page. By investing in powerful  investigative case management software with link analysis and fuzzy matching this insurer was able to dramatically decrease the number of policies issued to known fraudsters or otherwise ineligible entities.
Every time a new policy is applied for, the system analyzes the data against previous responses and internal watch lists in real time.  In other words, Charlie and Cheri just found it a lot more difficult to rip this insurer off. These same situations occur in other arenas, costing us millions annually in increased taxes and prices. So, what happened to the Cheats after singing the name game?
Let’s just say that after receiving a letter from the insurer, Charlie and Cheri started singing a different tune altogether.