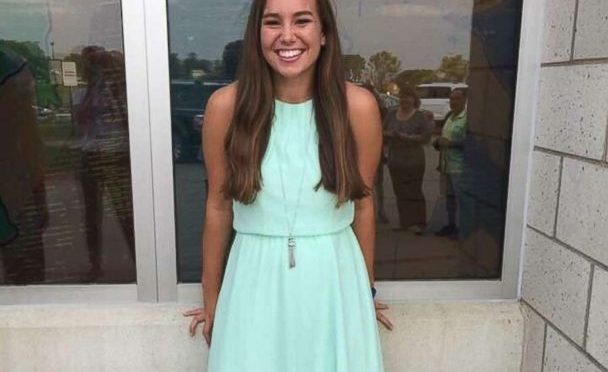 BROOKLYN, Iowa — Mollie Tibbets, the 20 year old college student from the great state of Iowa has been missing since July 18th. The search is now well into week 3 after she disappeared while jogging in the area of Brooklyn, Iowa. Her case has hit headlines across the nation, and we have all seen her photo on our television screens over and over again.
First and foremost, we all certainly hope that Ms. Tibbets is found alive and well soon. Secondly, though, is the question of why cases such as hers go ‘viral’ while similar cases wallow in obscurity.
There are, according to most sources, somewhere around 100,000 people ‘missing’ in the United States at any given time. That’s the entire population of South Bend, Indiana. Approximately half of these missing persons are under the age of 21.
So, what makes a case such as Mollie Tibbets stand out from this crowd? Cynics would suggest that attractive, young, white females such as Ms. Tibbets garner more attention than other cases. A middle aged African American man who disappears is simply not as salacious and reportable a story, some might say.
Others would argue that cases such as Mollie Tibbets’ are newsworthy because they are uncommon. There seems to be a relatively small percentage of missing persons where the individual just disappears for no discernable reason, with no investigative leads, and with no good working theories. Perhaps this is true.
According to published data, almost 96 percent of missing persons in 2017 were runaways, and just one-tenth of a percent were abductions by strangers. Assuming (and we hope not) that Mollie Tibbets was abducted, that makes her case 1 in 1,000 as far as statistics go.
Factor in, also, that of all ‘missing persons’ under 21 years of age, just 53% are female, and of those, 57% are Caucasian. Suddenly Ms. Tibbets’ case is one of 30 in 100,000 at any given moment in this country.
The other things that separate these types of cases from the pack is the ability of family, friends, and law enforcement to raise public awareness. In the case of Mollie Tibbets, the reward for information leading to her discovery now tops $300,000.00. That type of reward is simply not accessible in the vast majority of missing persons cases.
Of major concern to family and friends of any missing person is the unfortunate fact that, in many states, it is not mandatory to report missing person cases to a national database designed specifically for the purpose of finding their loved ones. Perhaps that is a law that can be changed – and changed quickly.
In the meantime, we are left to wonder the whereabouts of Mollie Tibbets and 99,999 other missing persons. We hope for the best, and wish all of those cases could be as well publicized as this one.

August 21, 2018 UPDATE: UNFORTUNATELY, THE BODY OF MOLLIE TIBBETTS WAS FOUND TODAY. MAY SHE REST IN PEACE.

Douglas Wood is CEO of Crime Tech Solutions | Case Closed Software, a provider of investigation software for law enforcement agencies around the globe.